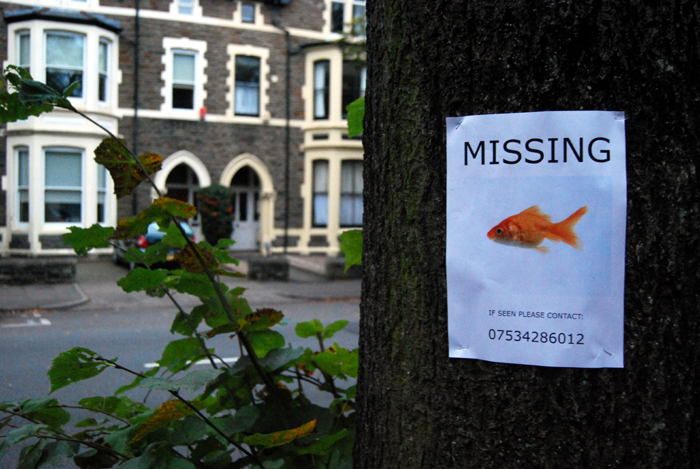 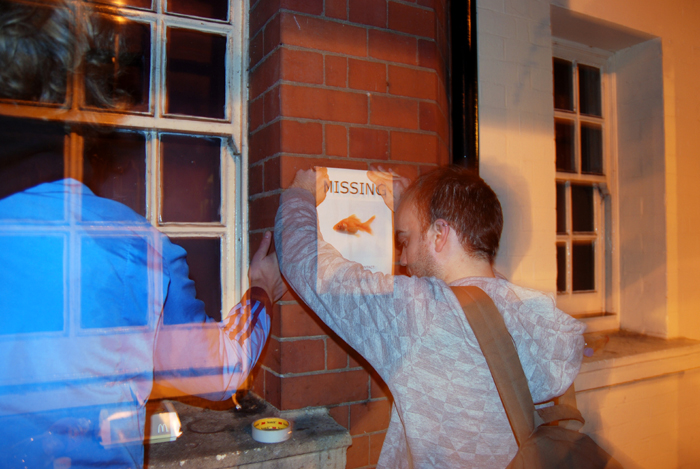 This project was never supposed to be a project. It began with a brief idea – to create a missing pet poster for a goldfish. There was no particular reason for doing this, but once I had the image of the poster in my head, I thought, why not? It seems ridiculous that a fish would go missing, but even more ridiculous that someone would appeal to the general public for information.

I managed to recruit a couple of friends to help put the posters up, having decided the best time to do this was at 4 in the morning. We moved around the city on foot, fixing the posters with tape and a staplegun, unchallenged by police or very-late-night-revellers. We even recruited the brief assistance of a heavily intoxicated man attempting to walk home; I didn’t quite catch his name but he was very keen to help. We arrived back home at about 7. Less than an hour later, I received the first of many phone calls – a young woman who claimed she had seen my fish on the way to work.

Over the following few days, I spoke to over 100 people, mostly about fish, but other topics too – the most compelling conversation I had lasted 15 minutes, 10 of which were spent discussing the past winners of the Nobel Peace Prize. In addition to the phone calls, I received a large volume of text messages, several picture messages, one or two death threats and a cumulative total of £37,081 in ransom demands.

I decided to quote that figure, in the form of a well-penned loan application (see image below), to 80 different high street branches of various banks, from Barclays to Credit Suisse, from the Scottish Highlands to the Isle of Wight (a few applications were sent to banks in France too, although it’s a long explanation as to why). A day or two after posting the letters, I received just one phonecall, from a bank manager in Scotland. It was a pleasant conversation, and somewhat formal on her part. She invited me to “discuss my loan application further” – at that point, I realised the situation had developed beyond my limited planning (see first line: ‘this project was never supposed to be a project’).

So I happily decided to end the adventure there, declining the invitation.

If you’d like to know more about any of the correspondence that was exchanged throughout this project, feel free to contact me using the page to the left.

Below are a selection of photographs showing our initial ‘campaign’ in Cardiff, UK. 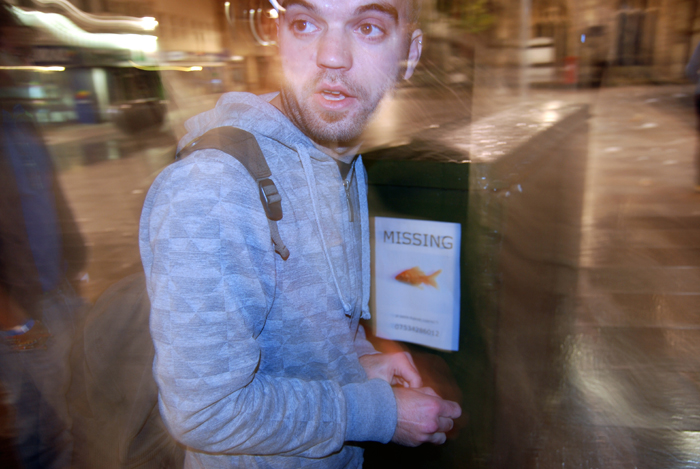 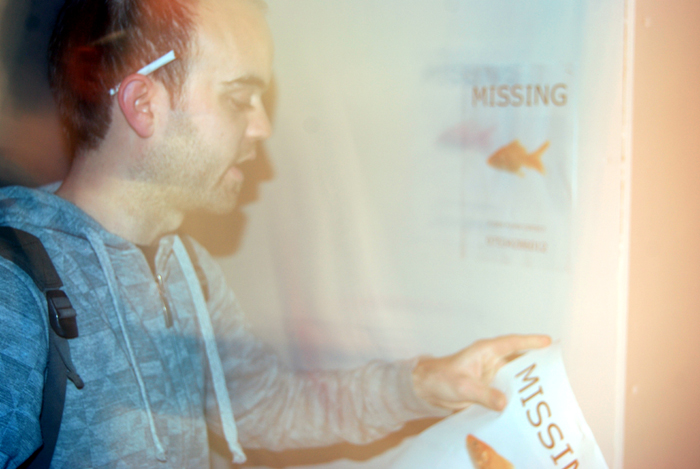 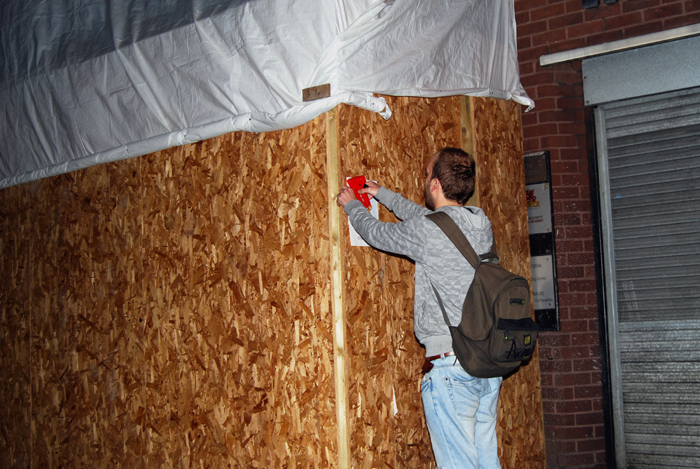 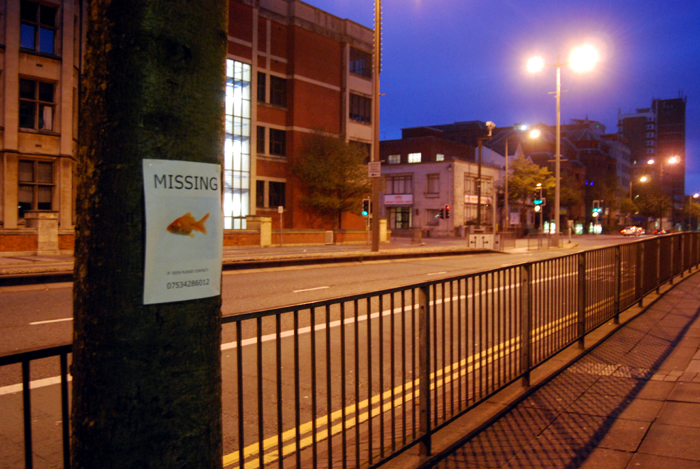 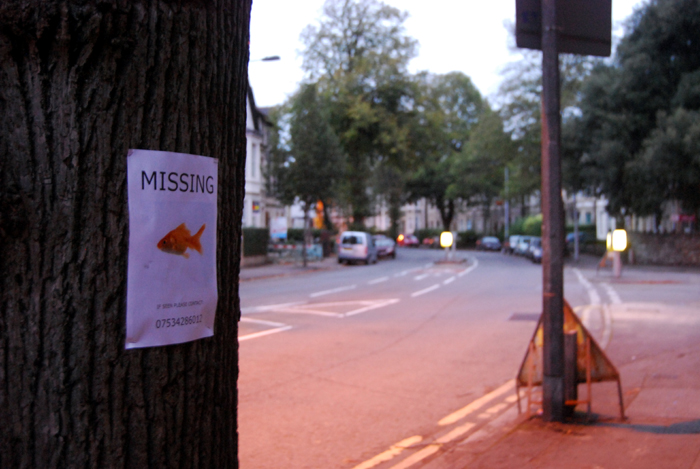 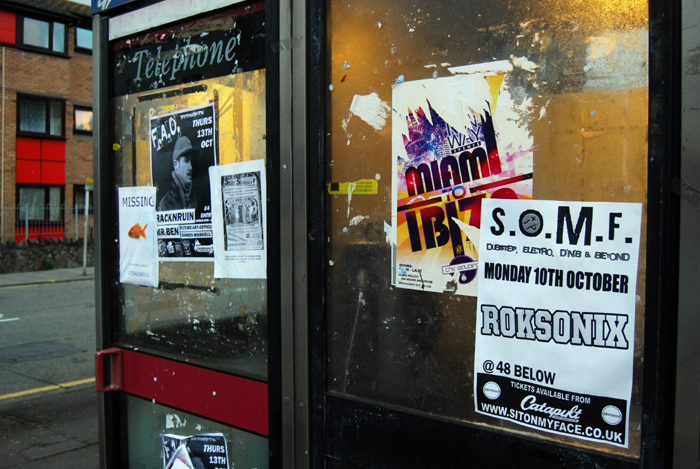 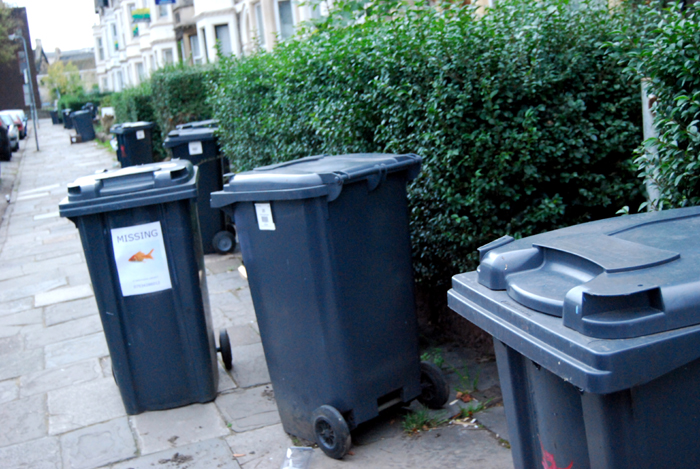 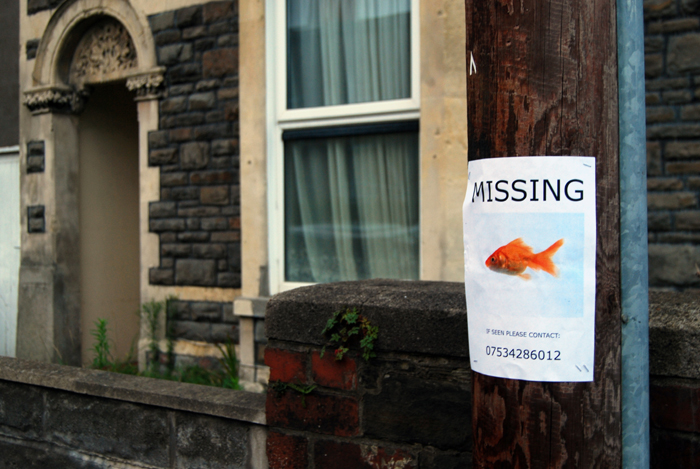 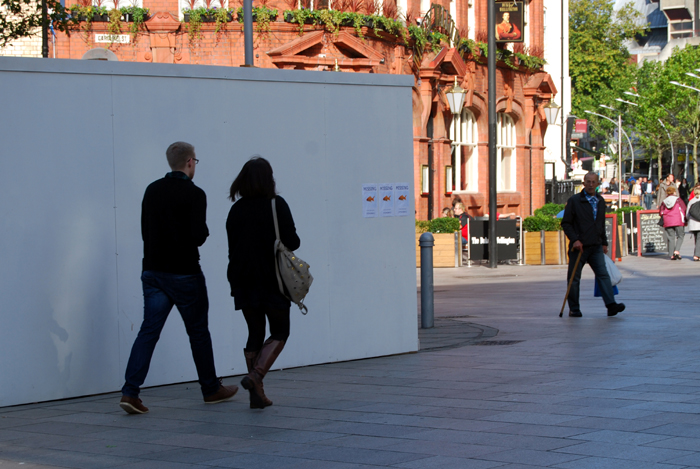